In this article, we will be discussing the best games like Clash of Clans you can play. So, stay with us and read till the end.

It has been more than a decade now that Clash of Clans was released. The game was initially released for iOS devices on Aug 2, 2012, and for Android devices on Oct 7, 2013. The game is credited for making the kingdom-building genre in mobile video games popular. It took the mobile gaming community by storm right after it was released, by becoming the highest-grossing game in the US.

In the game, you build an army, go on raids, loot resources, upgrade your village’s defense, upgrade your troops, join a clan, wage wars against other clans, make strategies, and do a lot more. Clash of Clans has come a long way in the past decade. The best part about the game is that their developers are open to public suggestions.

Supercell has done a lot to make the game a better version of it and they rarely have done something that pisses off the players (except that insanely overpowered Santa Strike Spell that came in the 2012 winter update for a limited time).

They regularly bring updates and also keep on bringing several events which keep the players from getting bored of it. Clash of Clans is one of the best and also one of the most addictive games that you can play. Supercell has maintained the game flawlessly in the past decade and we hope that it continues to do so in the future as well.

Clash of Clans is maybe the best combat-strategy kingdom-building game but is not unrivaled and there are plenty of other games that compete with Clash of Clans that are also quite good.

Now let us move on to our list of the best games like Clash of Clans that you can play.

Boom Beach is another Supercell masterpiece. This freemium does not follow the narrative of “Kingdom-Building” wherein you build the castles, collect gold, and do all of the typical kingdom-building activities in a game; rather it is based on a tropical archipelago.

Developed and published by IGG, this strategy game is one of the best base-building games. It won the Google Play Award for Best Competitive Game in 2016 and another award for Android Excellence Game in 2017. There are many playing modes in the game and it is more technically sophisticated than Clash of Clans.

As in Clash of Clans, a player joins a clan, in Lords Mobile you join a guild to collaborate with other players. Every guild has a leader whose ranking in the guild is R5, there are five rankings in the guild, R5 being the highest and R1 being the lowest.

The basic gameplay of the game is almost the same as that of Clash of Clans with players building their armies, attacking other kingdoms, defending theirs and looting resources, etc. There are 50 characters in the game using which you can compose an army and go on attacking kingdoms.

Clash of Lords is another real-time strategy game that allows you to build your town, equip it with defenses, train heroes, and of course attack other players’ towns. This freemium game offers more than 10 game modes that a player can enjoy, which are composed of PVP as well as PVE.

There are more than 50 heroes in the game that you can control. They are the main fighting units in the game, they are accompanied by their mercenaries. As you increase the level of a hero, the number of mercenaries for that hero will also increase. Your heroes will not only be attacking but also defending your base.

Dominations is a massively multiplayer online game, this game, just like the aforementioned games in this list, falls under the category of freemium games, which means that though it is free to play it also contains in-app purchases which enhance the gaming experience.

The game takes a different narrative, you will start from the stone age and work your way through the future. You will take control of the civilization and work towards advancing it. You can build houses, mills, mines, barracks, watchtowers, and so much more in the game.

The game is heavily inspired by Clash of Clans, but the developers have given it a slightly different twist, which makes it great and worth a try.

Star Wars Commander is another game that follows the line of Clash of Clans. In the game, you either align with the Empire or with the Rebellions. As in all strategy games, building a good base with strong defense and also having a strong attacking army is at the core of the game.

The game includes both PvP and PvE components. You can either play the game’s story mission or go on battles against other players. The game also features legendary characters like Han Solo & Princess Leia and also the iconic AT-ATs. The graphics of the games are also spectacular and meet the standards. You won’t regret downloading Star Wars: Commander and giving a few hours of your time to it.

This strategy game involves getting into confrontations with the enemy. In the game, you can control Heroes like Thor, Zeus, Osiris, and many more. No game in this list matches the cutting-edge graphics that the Dawn of Titans provides.

You aim to direct your army to a place where you would want them to attack, you have full control over the entire army along with the Heroes. There are several troop types in the game that have different uses and the way you direct these troops in the confrontations will decide the fate of the battles. As you progress in the game further, you can expand your kingdom.

Battle for the Galaxy

Battle for the Galaxy’s gameplay is also really similar to that of Clash of Clans. This title is set in space where players attack each other space stations to loot resources required for upgrading their army and defense units.

This multiplayer strategy game provides you with an out-of-this-world experience. The graphics of the game are above par and also the level of sophistication in the game is not that high and any person can learn the controls of the game easily. Battle for the Galaxy tries to provide you with something extra for which this game is worth a try.

Gods of Olympus is yet another game that is heavily inspired by Clash of Clans. Similar to the other games, you need to build a city, train armies, and go on battles against other players. While building your city, you build barracks, temples, walls turrets, statues, towers and so much more.

The game features Olympian Gods which include Zeus, Athena, Ares, Aphrodite, Apollo, Artemis, and Hades. According to Aegis Interactive, the company will soon add more Gods to the game. While attacking other players’ bases, you can call these Gods and wreak havoc in their cities. All the Gods have different abilities and fighting styles that help you clear the bases.

The deployment of the Gods and other troops on the enemies’ bases decides the fate of the battle. As in other strategy games, you just don’t have to be good at attacking but you also need to build a strong defense.

This free-to-play strategy game is also similar to any other village-building game. There are a lot of creatures in the game which you can add to your army. A contrasting feature of the game is that the units that are there in the army camp act as a defense force when your village is under attack. This thing doesn’t happen in the Clash of Clans, where the defending troops emerge from your clan castle (if you have them in your CC) and your trained army doesn’t take part in the defense.

The gameplay is mostly similar to Clash of Clans and many of the elements of the game are similar to that of CoC. Even at the beginning of the game, the troops you get resemble the Barbarians and Archers of CoC.

In this strategy and MMO (massively multiplayer online) game, you fight for the oil fields and the gold mines in the middle of a jungle. You have set up a military base in a jungle where you train your units for the fights.

You will also need to build some of the buildings that have different purposes. Buildings include Treasure, Resources, Decorations, Army, and Defense. In defense, you can build cannons, watch towers, walls, mortars, and others. There are currently 10 different types of troops that you can train and use for attacks.

Jungle heat is another management and strategy game that you can try out if you’re looking to play games like Clash of Clans.

There are many games that have tried to follow the lines of Clash of Clans but we have curated a list of the best 10. We hope that you like this list of top games like Clash of Clans and please do let us know in the comments section which one is your favorite and which ones are you going to try. You can also suggest to us the articles that you want to read and we will try to add those to our website as soon as we can. 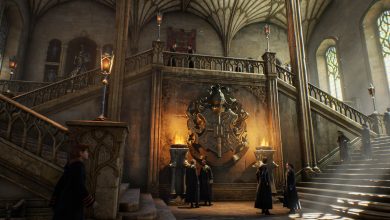