Who does not like to destroy stuff in video games? If you’re a fan of sandbox destruction games then chances are you might have heard of Teardown. Today in this article we present before you a list of the 10 best games like Teardown that you can play.

Teardown is a sandbox game containing many puzzles and action elements in it. The game is developed and published by Tuxedo Labs and designed by Dennis Gustafsson. The game was announced back in October 2019 by Gustafsson and it became available to the public in October 2020 as early access. The game received positive reviews and was liked by many. After the final major update to the game in December 2021, the game was finally released on April 21, 2022.

As mentioned earlier the game’s genre is a sandbox so you can do anything in the game that your heart desires. All the structures in the game have been made of destructible voxels. You start the game with a very basic destructive tool – a sledgehammer. Along with a sledgehammer, you will also get a fire extinguisher and a spray can. You can get more advanced and more damage-causing tools by progressing in the campaign.

Now with a little knowledge about Teardown, let us begin with our list of 10 Best Games Like Teardown to Play.

Also Read: After 9 long years of development, Skulls and Bones finally has a Release Date

Number one on our list is Art of Destruction. The game was released just a bit earlier than Teardown on 15 Feb 2022. Developed and published by Zhang Fan it is a casual physics simulation sandbox game that you can play to mess up with real-life buildings which in reality you cannot.

You can annihilate buildings with explosives, set them on fire, smash them or crush them, throw a big asteroid at them, and much more. The game also features things such as sandstorms, tornadoes, tsunamis, zombie apocalypse, nuclear explosions, black holes, and so much more.

You can play this game on a PC by downloading it from Steam.

The next game on our list of top games like Teardown is Action Sandbox. The game has Sandbox in its name which tells you the obvious genre of the game. This game is also a physics sandbox that lets you play with digital toys. You can create and control your designed toys and use them as you like.

The game was developed and published by Vona Soft, it was released just a day after the release of Teardown, i.e. on April 22, 2022. The game features several tools which can be used to create innumerable toys with whatever specifications you like.

The game can be played on MS Windows OS only and it is available on Steam.

Concept Destruction is a demolition derby sandbox that features small cars that are made of cardboard. It has four gaming modes, Championship, Survival, Normal, and Tourist Modes. In championship mode, you crash into other cars and destroy them while also trying to survive from other cars. If you survive till the time runs out, you win and progress to the next arena to do the same thing all over again.

Normal and Survival are single-event game modes where you go up against other rival cars that will try to destroy your car, while in Tourist mode you just relax, chill and enjoy the game mechanics.

Car handling and the Physics of the game are quite good and pretty realistic. The game has several in-game cardboard cars with unique features and driving styles.

The game also supports crossplay and it can be enjoyed on PS4, PS5, Xbox One, Xbox Series X/S, Nintendo Switch, and PC.

This indie simulation was developed and published by DaT Cat Studios, it is still in development and changes are being made to the game. This destruction physics simulator game was released as early access on July 27, 2021.

The game features several tools using which you can destroy buildings realistically. You can destroy the castles with catapults, blow up buildings, and use slingshots to throw objects at buildings and watch them get dismantled.

In the game, you can create buildings or choose from the available ones and choose the way you would like to destroy them. The game is available on Steam and can only be played on MS Windows.

The next game on our list of top games like Teardown we are having Destructo. This destruction sandbox game takes place in the fictional city of Kaira. The game was developed and published by Kaira Deepware, it was released on March 31, 2021.

The game features several destruction weapons including M203 Grenade Launcher, missiles guided by lasers, tanks, and much more. The gun and explosion sounds in the game have been edited from real-world recordings.

It has 4 different gaming modes –

The game is PC only and can be downloaded from Steam.

Developed and Published by BeamNG and released on May 29, 2015, BeamNG Drive is probably the best car simulator video game that is available in the market right now. If you ever wanted to perform some dangerous car activities that you’re scared of doing or which are not possible in real life, BeamNG allows you to just do that.

The game is incredibly realistic. There is probably no other game that will provide you with a better driving experience and that is because of the meticulous design and intensive research that has been put into the game.

The game uses an accurate damage model which simulates the crashes so accurately that it feels unreal. The game also offers dozens of customizable vehicles that you can experiment with. The game also features 12 open-world environments ranging from jungles, deserts, boulevards, highways, and many more.

The game has overwhelmingly positive overall and recent reviews on Steam. It can be played on MS Windows OS and Mobile Phones.

Another indie simulation sandbox that lets you cause destruction and this time on a big scale. This physics-based space simulator was released back in August 2015. It was developed and published by Giant Army.

Universe Sandbox allows you to cause havoc on a planetary level. You can mess with gravity and experiment with things that happen in space. You can create your solar system, model Earth’s climate, supernova a star and so much more.

The game gets even more fun if you have a Virtual Reality headset. You can grab a planet and just throw it out of the system with just a flick.

The game is available on Steam and can be played on MS Windows, Linux, and mac operating systems.

How can we complete our list without this destruction simulation sandbox? Since the article is about games like Teardown, the list just could not have been made without this. There are almost limitless possibilities in the game and causing destruction and damage is at the core of all of them.

The game was developed and published by Radiangames, it was released on Steam on March 2, 2022. This vehicle-building sandbox has overall positive reviews on Steam.

There are numerous ways in which you can cause wrecking in Instruments of Destruction, there are giant chainsaws, rocket thrusters, and other destruction-causing vehicles. The user interface of the game is also so much cleaner than the other sandbox games.

The game is only available for MS Windows operating system.

An Egg that has decided to take revenge. Eggineer is a vehicle sandbox game in which you design and create destructible vehicles that will help you to clear the campaign levels. The game was developed and published by Aquastudios and was released on February 25, 2021.

You are shown the objectives at the beginning of the levels and then you’re placed in an editor where you design a vehicle for clearing out the buildings in that particular level. There are several tools available in the editor that you can use to your advantage to build a deadly vehicle.

There are a total of 27 body parts like braces, rockets, cannons, explosives, thrusters, and others, that you can attach to your vehicle. There are 36 campaign modes that you can play and also one sandbox level that lets you unroll your imagination.

Last but not least game that we have for you in the list of top games like Teardown is Red Faction Guerrilla. The game was developed by Reactor Zero, THQ Nordic, and Volition and was published by Deep Silver, it was released long back in Sep 2009.

This action-packed third-person RPG is set 50 years after the events of the original Red Faction. You take up the role of an insurgent fighter, who takes part in an insurgency against the oppressive Earth Defense Force. The fast-paced guerrilla-style combat and destruction-based gameplay are the main features of the game. The destruction shown in the game is truly physics-based.

It can be played on various platforms including PS3, PS4, Xbox 360, Xbox One, Nintendo Switch, and PC. If you have an appetite for destruction and you also like RPG games, then Red Faction Guerilla just might be the right choice for you. 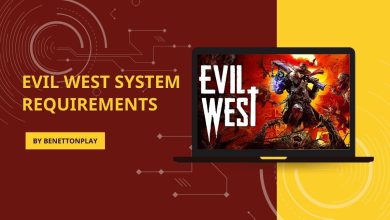 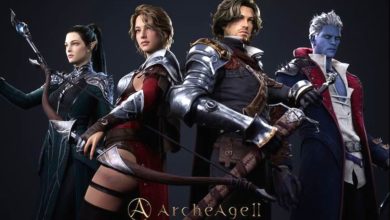