ARK 2 Release Date: Since its release in 2015, ARK Survival Evolved has been a fan favorite largely due to the dinosaurs. With eyes now on the future, fans are eagerly waiting for ARK 2 to be released. To give an insight into what we know about it so far, such as its release date, trailer, and gameplay – we have gathered all information available about ARK 2 and put it together in this article below.

Studio Wildcard is working on Ark 2, the sequel to the popular Ark: Survival Evolved game. The game is expected to be one of the biggest hits on Xbox Series X/S in 2023. The game will offer a larger shared-world environment, as well as more intense melee combat akin to that of “souls-like” games. Although no gameplay has been seen yet, all indications point toward it being one of the must-play releases for 2023.

Wildcard has delayed the Ark 2 release date to 2023, which follows their announcement of the game at The Game Awards in 2020. Initially, Microsoft had claimed it would be released in 2022. However, due to a lack of updates over two years and the pandemic’s negative effect on development projects, it is not unforeseen that Wildcard pushed back Ark 2’s release date to 2023. Hopefully, things will get more transparent with time and we will get a fixed ARK 2 Release Date or at least a launch window.

Though there are some release date rumors circling around the internet, none of which can be believed.

At The Game Awards of 2020, people got a first look at the upcoming Ark 2 via a reveal trailer. Studio Wildcard has since revealed that development has shifted to Unreal Engine 5, though the trailer had been entirely captured in-engine. Though no gameplay was featured, it provides an indication of what’s to come in the sandbox game and hints at some new additions; it also reveals some familiar faces that are part of the production.

At E3 2022, a trailer for Ark 2 was released that was created in Unreal Engine 5; the visuals were breathtaking. The plot of the game is set in a post-apocalyptic world that has been ravaged by war. Dinosaurs still inhabit the area, making it so every day is a fight to survive, but Diesel’s character and his daughter have an ally: their pet T-Rex wearing bone armor.

We have yet to witness any direct gameplay from Ark 2, however, its developer Studio Wildcard has started to give us a sneak peek of what we can expect. Some changes to the game were made which makes it a slightly different experience from its predecessor. It will now offer “Souls-like melee combat” with features like target-lock, blocking, dodging, and even special attacks.

Set amid a massive, alien world, players will have the opportunity to participate in dynamic events for their own rewards and challenges. Crafting weapons and tools from various modules offers an array of possibilities for customizing look and functionality. Furthermore, the materials used will also affect the visual appearance of these items. It has been confirmed that the planet we will be exploring is called Arat and there will be a PvE component that will spawn hostile Aratai to challenge players.

Genesis: Part 2, the final DLC expansion pack of Ark: Survival Evolved was released in 2021, the Ark 2 story is set to take place after the events of this expansion on a planet named Arat. Although Studio Wildcard has yet to reveal much detail about the story of Ark 2, we can speculate based on the ending of Genesis: Part 2. This finale saw the rupture of the colossal colony vessel known as the Genesis Ship into two parts.

We see one of the Santiago clones awakened from stasis in the concluding moments of Genesis: Part 2. He is then sent off from the Genesis Ship’s wreckage towards a planet similar to Earth, which is likely to be where Ark 2 will take place.

Studio Wildcard revealed Ark 2 and announced a partnership with Microsoft Gaming to make it an Xbox Series X/S console launch exclusive. While the game will be launching on Xbox, it will also be available for PC, similar to its predecessor Ark: Survival Evolved.

Studio Wildcard has yet to answer the query of whether Ark 2 will make it to PS5, yet it is designated as a “console launch exclusive” on Xbox Series X/S. This implies that for an indefinite amount of time, Ark 2 will only be available on PC and Xbox Series X/S until it’s ported onto other platforms like PS5. ARK: Survival Evolved had success on the PS4 platform, so once its exclusivity with Xbox runs out, one can expect to see the sequel make its way to PlayStation.

Vin Diesel is set to play the protagonist in Ark 2 as Santiago da Costa. This character is a clone of the ARK: Survival Evolved player-character and more details about him will be revealed when he appears in Ark: The Animated Series, which is slated to launch in 2022.

Vin Diesel, holding the title of “president of creative convergence” at Studio Wildcard, has been a major fan of ARK: Survival Evolved, with over 1,000 hours logged in. CEO Doug Kennedy explains how this is beneficial as Diesel “understands the game intimately and is providing direct feedback to the development process.” Microsoft also confirms his devotion.

Is ARK 2 coming out?

ARK 2 was announced at The Game Awards 2020 and later Microsoft confirmed that the game will be released sometime in 2022. But due to the negative effects of the pandemic and other development issues, the Ark 2 release date has been shifted to 2023.

Will ARK 2 be open world?

Yes, ARK 2 is going to be an open-world adventure. The game features an Earth-like planet, named Arat which is inhabited by people known as Aratai and dinosaurs.

Yes, Vin Diesel will play the role of Santiago da Costa, a clone of the player-character in the previous game, ARK: Survival Evolved.

Will ARK 2 come to PlayStation?

This query remains unanswered and we have to wait and see whether ARK 2 will be Xbox exclusive forever or will the game be ported to PS5 after the end of its Xbox exclusivity. So far, the only thing that is confirmed is that the game will be released on Windows PC and Xbox Series X/S. 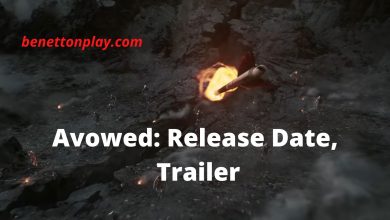