Modern Warfare 2 of 2009 is often listed as the best Call of Duty title by many fans & that too for a good reason. There is hardly any CoD game that has done better than Modern Warfare II when it comes to developing a great sense of attachment and love for one character (obviously, Ghost) and abhorrence for the other (obviously, Shepherd).

Today in this article we are going to tell you everything from its release date, rumors, system requirements, trailer, and everything we know so far. So hang on to your seats because we are about to begin.

The most awaited Call of Duty title is set to hit the markets on October 28, 2022. For Call of Duty fans, this could be the biggest release to date. The game is mainly being developed by Infinity Ward, but several other studios have been working on the CoD’s next big title.

The game is already up for pre-order and players pre-purchasing it will get their hands on the game a week earlier than the others.

Modern Warfare 2 has a huge fan base. The 2009 version sold more than 25 million units, and with all the years that have passed since then, CoD has only gathered more and more fans. Now with approximately 7 weeks left in its release, players’ ecstasy is going over the roof. The game is so much in the talks right now, that the developers don’t have to worry about the budget for marketing the game.

Call of Duty released a world reveal trailer on June 8, 2022. Which featured brief snippets of the gameplay of the most anticipated release of 2022. We get to see some of the most iconic characters of the franchise including Captain Price, Sergent “Soap” MacTavish, Simon “Ghost” Riley, and Kyle “Gaz” Garrick along with Alejandro Vargas, a newcomer to Task Force 141. You can check out the trailer below-

The trailer is action-packed and also intriguing. It makes you want to play the game right now. The thumbnail of the trailer appears at the end of the video with a line that says, “The Ultimate Weapon is Team”. It sounds a bit odd, it seems like they probably have made a grammatical mistake here. I mean it should have been “The Ultimate Weapon is the Team” or something like that, but no. And as we know, CoD wouldn’t have just made a typo in a world release trailer, so this has only increased the fan’s curiosity as to what CoD is hinting at.

Call of Duty Modern Warfare 2 is set to be released for PlayStation 4, PlayStation 5, Xbox One, Xbox Series X|S, Battle.Net, and Steam. It is worth mentioning that there have been rumors that this CoD title may be the last to support the previous generation consoles (PS4 and Xbox One), this news has been provided by well-known insider Tom Henderson.

There were speculations that Call of Duty might be removed from PlayStation following the acquisition of Activision Blizzard by Microsoft in early 2022 for a whopping $68.7 billion. All of these rumors came to halt following the statement by XBox’s Phil Spencer who stated that they honor all the existing agreements between Sony and Call of Duty.

Call of Duty will also have an open beta period, PlayStation owners, as usual, will get to have their hands on the title earlier than other consoles’ owners. The schedule for the beta testing is given below.

It should be noted that during the second week of the beta testing period, the game will still be available for PlayStation players. That means PS players will have two weeks to test the game, lucky PS owners.

Modern Warfare 2 will take place in 2022 after Captain Price has formed the counter-terrorist organization Task Force 141 with Soap, Ghost, Gaz, and Farah. Alejandro Vargas, Mexican Special Forces Operative, joins the team as a newcomer. A missile strike from the United States kills a foreign general and Task Force 141 is tasked to handle the situation and prevent further escalation of the situation.

Task Force 141 will also be seen countering the terrorist organization Al-Qatala and also a Colombian drug cartel named Las Almas. Many players have been excited about the campaign mode, with intense graphics and an exciting storyline, the game is almost certain to be a big hit.

During the Summer Game Fest 2022, Call of Duty unveiled the gameplay of a campaign level named Dark Water. We can see Task Force 141 taking control of an oil rig in the Gulf of Mexico. The description of the video says, “Task Force 141 found intel that shows missiles hidden on board and have dispatched a team of Soap, Ghost, and Mexican Special Forces Colonel Alejandro Vargas, along with Shadow Company, enter a ship full of well-armed AQ enemies to locate the controls for a missile bound for the US.”

This is not the only gameplay teaser that Call of Duty has launched, you can also take a look at their YouTube channel and catch up with everything that they have released regarding CoD Modern Warfare 2.

There is a ton of info available, thanks to several leakers and data miners who consistently bring in more and more info regarding the game. A prominent data miner, Reality, leaked several new and returning game modes in Modern Warfare 2. Given below is the list of game modes that will be featured in the upcoming game –

Among these, Ground War Bomb is the new mode that will be featured in the game. Some of the modes are CoD staples like Team Deathmatch, Search and Destroy, Knockout, etc., and were expected to be featured in the most anticipated title.

It is also rumored that a new game mode, the DMZ (Demilitarized Zone), could also be seen in the game. This mode has been under development since 2018, and now it has been like 41/2 years, we might be seeing this mode in MW2 2023.

Not only game modes but many multiplayer maps have also been leaked online by many leakers, some of the maps are new and will be featured for the very first time. On being asked whether the info about the maps was correct or not, Multiplayer Design Directors of Infinity Ward, Geoff Smith, and Joe Cecot confirmed that the maps are indeed a part of Modern Warfare 2.

Of these, Sa’id and Seriff Bay are Battle Maps, and Museum, Grand Prix, and Farm 18 are the Core Maps.

The gameplay demo that has been shared by Call of Duty on their YouTube channel shows high-end graphics. Upon watching the gameplay you can guess that you would require a graphics card with high VRAM to play this game smoothly.

This time there have been no official announcements from the developers’ side about the system requirements, but we can speculate what they could be for the upcoming CoD title. CoD would not want to reduce the number of players, so they would certainly do something that would ensure that more and more people could play the game.

We will be updating the system requirements as soon as they are announced by the developers. You can see the Steam Hardware Survey for August 2022 given below, chances are the system requirements will revolve around that only. It might be on the higher end for some specifications, but it will definitely not be lower that anything mentioned here.

What started as a rumor has now become a certainty that there will not be any Call of Duty in 2023, so this makes Modern Warfare 2 a game with two years of life span. Treyarch has been rumored to have been working on another Call of Duty title, supposedly Black Ops, but it seems that it is only going to be released in 2024.

Moreover, according to TheGhostofHope, a prominent CoD insider, some or all the maps of 2009 Modern Warfare might be included in the 2022 title, how those maps are going to be released, whether in 2022 or as DLC in 2023, it is not clear.

It is known that Activision is also working on Warzone 2, and it could be released shortly after Modern Warfare 2. Reports from the sources are telling that although Warzone is going to be a separate new game, it will be tightly integrated with Modern Warfare 2.

The gaming community is all pumped up for Modern Warfare 2, we all can’t wait to get our hands on the game. Though shortly the beta program for the game will be initiated and we are sure set to get more details about the much-anticipated game.

Stay with us for more such content because we bring to you the news and reviews of the games that you play the most.

Also Read: 10 Best Games Like Among Us to Play 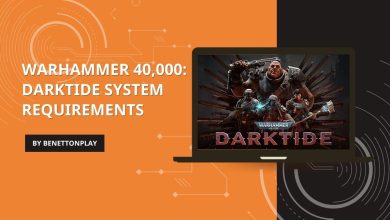 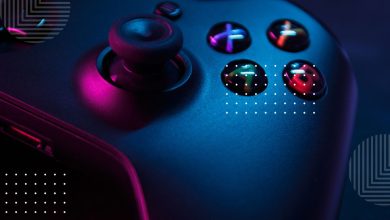