In this article, we will see the Monster Hunter World weapons tier list, read on further to know which weapons are the best and which weapons you should avoid (especially if you’re a beginner).

Monster Hunter: World has been one of the most favorite games in the monsters slaying genre of video games. It is the fifth main installment of the Monster Hunter video series by Capcom. The game was initially released for PS4 and Xbox One on Jan 26, 2018, and for Windows on Aug 9, 2018.

In the game, you can create your character and you will be supported by an assistant handler and a palico.

There are a total of 14 weapons categories in the game and choosing one of them can be tricky. All of the weapons are designed and crafted in such a way that their abilities are unique. Their movesets are unique and have different upgrade paths that depend upon the materials being used to upgrade the weapon.

One weapon may work great against one specific type of monster but it may fail against another type. So, choosing the right weapon plays a big role in deciding the tide of the battle.

Great Sword or Big Sword, is arguably the best weapon in the game that can be used to slay most of the monsters. Although it is a bit heavy, limiting the hunter’s mobility, it can land big and powerful blows.

Great Sword has the highest damage per hit (DPH) than any other weapon in the game. Another interesting feature of this weapon is its charged attacks that deal much more damage than an ordinary swing. The sword can also be used to block the attacks from the monsters, but that reduces the sharpness of the sword.

A perfect weapon for slicing and killing. Using this quick and light weapon you can easily score bigger combos. This weapon is in Tier-S because it provides high mobility without sacrificing high DPH. Long Sword has a good reach and deals decent damage.

Stun the monsters by delivering a hammer blow on their heads. Hammer also provides Hunter with great mobility. You can also perform charged attacks using the hammer, but unlike the Great Sword, the Hunter can move while charging up an attack. Given its heavy weight, the hammer doesn’t hamper Hunter’s agility and also deals significant damage making it an S-Tier weapon.

One melee weapon that is hardest to master in MHW is probably the Charge Blade. This is an interconvertible weapon that the Hunter can use as a Sword & Shield or as an Axe. While using it as a Sword & Shield it has pretty good offense and defense capabilities and also provides hunter good mobility. While using the Charge Blade as an axe, it deals a great amount of damage but that hampers Hunter’s mobility.

There is a Phial System associated with the charge blade, when the Phial is filled with the charge, Hunter can perform a charged attack using the axe form of the weapon. It does an elemental discharge upon an impact with the monster. You only have up to 6 Phials in a battle, so use this powerful feature judiciously.

Insect Glaive is a good melee weapon with a good range. The Hunter can vault into the air using the glaive and remain airborne for a decent amount of time to perform long combos. However, insect glaive’s aerial attacks do not deal much damage (except descent thrust) so it is recommended that you stick to the ground unless it becomes necessary to go airborne.

While using Insect Glaive, the hunter has a large insect sitting over his arm. The hunter can command the insect to hit the monster to collect the Extract. There are four extracts that the insect can harvest each of which provides unique bonuses like damage increase, mobility increase, stronger defense, and faster healing.

Charging your attack before attacking deals a significant amount of damage as compared to a regular attack.

Switch Axe is a powerful weapon that can be interconverted between an Axe and a Sword. Just like the Charge Blade it also has a Phial System. The Axe mode provides Hunter with good mobility along with a good reach, it can also be used to perform rapid chain attacks.

The Phial Gauge fills automatically while using the Axe mode and when it gets filled up, you can switch to the Sword mode. Using the Sword mode you can perform Elemental Discharge Attacks. The bonus that you will get after the Phial gets filled will depend upon the type of Phial being used.

These two are different weapons. The Light Bowgun is small due to which it provides higher mobility and a faster shooting rate while the Heavy Bowgun is heavier and deals more damage but has less mobility. There is an optimal range for using the Bowguns, being too far away from the monster will not do much harm, so you have to look at the cross hair, when it turns orange, that means you are in the optimal range of firing.

The Light Bowgun allows you to fire a wide range of ammo (15 ammo types) that inflicts a range of effects on the monsters being targeted. You can customize your weapon by using various attachments available. Of the three ranged weapons in the game, the light Bowgun has the highest fire rate.

The Gunlance is a better-upgraded version of Lance. It fires blank shells that explode on Monsters. It has a special move, the Wyvern’s Fire, which is a charged attack, but it takes almost an eternity (110 seconds) to charge it. It also has a Wyvern’s Cannon attack in which the Gunlance fires a stake that sticks to the monster’s body and explodes. Gunlance is a hard weapon to master.

Dual Blades have the shortest reach of all the melee weapons but they have the highest attack speed in the game. The two modes in which the weapon can be used are the normal mode and the demon mode. In normal mode, it does damage with regular slashes however in demon mode, its damage increases significantly.

While in demon mode, Hunter can build up a meter which when fills lets you enter into archdemon mode which further increases the damage inflicted. It should be noted that the demon mode drains the stamina of the Hunter quickly. This weapon also requires a great amount of practice to master.

Hunting Horn does not inflict much damage on its enemies, as if it were having mercy on them. It is a blunt weapon that adds a music note to a sheet every time an attack is performed. Once the notes are in the correct sequence, a melody is created. You can store up to three melodies on the sheet and they can be played by the hunter at any time in the battle.

The last weapon in our MHW weapon tier list. Lance has the strongest defense in the game, it can block even the strongest of the blows, but you don’t win a battle by being completely defensive. The Lance offers long reach and decent mobility. Its damage per hit is one of the lowest in the game. For performing optimal damage, you need to perform precise attacks. Lance puts more emphasis on defense rather than offense but being defensive all the time in the battle will not win you battles.

Which is the most used weapon in MHWorld?

Players around the world generally prefer the Great Sword over any other weapon in the game which is followed by the Long Sword.

How many weapons are there in total in MHWorld?

There are a total of 14 weapon categories of weapons, all of which have been put in the tier list above.

Which weapon has the highest DPS in MHWorld?

Dual Blades has the highest DPS in MHWorld, especially when you are using the Hunter in demon and archdemon mode, you can perform really long combos.

Is a Heavy bowgun better than a Light bowgun? 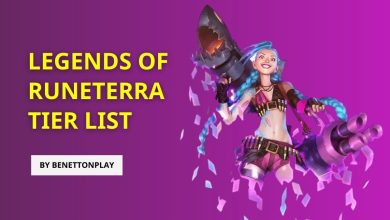